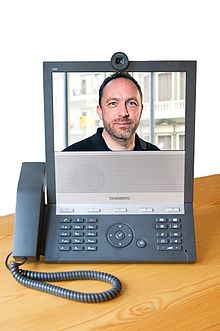 The successful round one applicants under the Digital Hubs and Digital Enterprise programs were announced recently by the Minister for Broadband, Communications and the Digital Economy, Senator Stephen Conroy.

The programs, which provide $13.6 million and $10 million in funding respectively, will enable local communities to take advantage of the National Broadband Network (NBN).

“The Australian Government is committed to assisting communities to take full advantage of our world class NBN,” Senator Conroy said.

“I congratulate the successful round one applicants to these programs which will deliver digital economy services in the five NBN mainland first-release sites and three stage one communities in Tasmania.

“I also commend the local councils representing the first-release communities for their progress in developing project business cases for funding under round one of the $17.1 million Digital Local Government program.

The programs will help reach the vision set in the Australian Government’s National Digital Economy Strategy, to make Australia a leading global digital economy by 2020.

“These communities are putting the finishing touches on their funding proposals to use the NBN to deliver enhanced online council services to residents and businesses,” Senator Conroy said.

Senator Conroy also today called for applications from local organisations for round two of the Digital Hubs, Digital Enterprise and Digital Local Government programs to deliver services under these programs in the next 19 communities to benefit from the NBN. (Eligible communities are listed in the attachments below.)

The Digital Hubs program provides funding of $13.6 million to help communities gain skills needed to maximise the benefits provided by the NBN. It will provide training in digital literacy and the opportunity to experience NBN-enabled services and technology.

The Digital Enterprise program provides funding of $10 million to local service providers to assist small-to-medium enterprises and not-for-profit organisations to provide group training seminars as well as one-on-one advice on how participants can use the NBN.

The Digital Local Government program provides $17.1 million in funding to local governments in communities that first benefit from the NBN to help them improve their online council services, particularly to homes and businesses.

Applications under round two for the Digital Hubs and Digital Enterprise programs close on 3 February 2012.

Councils eligible to apply under round two of the Digital Local Government program are required to confirm their interest in participating in the program by the end of January 2012, and to submit their project business cases for funding by the end of March 2012.

The three programs target the first 40 communities to benefit from the NBN, with funding being made available to these communities in line with the NBN rollout schedule.

The councils and communities eligible for round two grants are listed below.