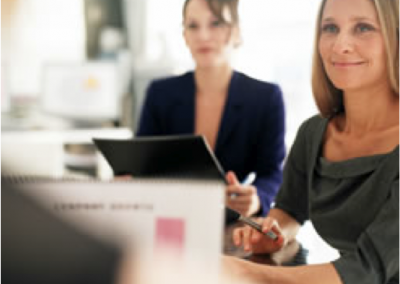 The Women in Global business program is an innovative joint initiative of the Australian, State and Territory governments to support Australian businesswomen to trade and invest internationally. The program was launched  on 1 December 2010.

The main objective of the program is to increase female participation in international trade and investment delivering increased economic benefit and job creation through greater diversity.  In addition the program aims to:

The foundation blocks associated with the delivery of the program include:

The Women in Global Business program will be launching a new dedicated website in mid-2011.

The popular national Speaker Series returns from 19 – 28 July 2011 in all capital cities across Australia. Register now!

The program will feature a range of a number of speakers including Australian consul-general and trade commissioner in Japan Wendy Holdenson, representatives from Austrade San Francisco, Austrade Japan and local case study speakers.

For more information about the Women in Global Business program, or to speak to an Export Adviser please contact Austrade on 13 28 78 or email wigb@austrade.gov.au.

The facts and figures

Despite more than one third of Australian small-to-medium-enterprises (SME’s) being controlled by women, in recent times the trend is showing that females are falling behind in their participation in export, representation in management and on boards in Australian businesses.

Some recent statistics which demonstrate this trend:

SME’s that are predominantly operated by women have consistently exported at a lower rate than male operated SME’s exporting (Source: Sensis 2007)

In June 2010, 9.2% of ASX200 boards included women. This represents a marginal increase from previous years. (Source: Women on Boards)

45 per cent of companies in Australia have no female managers, whereas 85 per cent of US companies have at least one female executive manager (Source: Equal Opportunity for Women in the Workplace Agency 2008 Census of Women in Leadership)

Research from McKinsey & Company in 2008 indicated that companies with the most gender diverse management teams have an average EBIT 48 per cent higher than the industry norm.

The data demonstrates a stronger need than ever to support women who engage in global business and encourage those who have the potential to step into the international business arena.